The American Robin is one of the most widespread and successful species of birds in North America. It's a prolific breeder having up to four broods of chicks in a single breeding season. Here we are in late July and our local robins are probably on their third brood with enough time for a fourth this year. A few days ago, we discovered two very young robin chicks on our back lawn. Both parents were in the area, feeding the chicks but I was worried about local cats so moved the younger of the two chicks to a more sheltered location. Normally I would have left them alone- and you should too if you find young birds on the ground. The worse thing you can do is bring them in and try to feed them yourself. As I handled the chick it let out a squeal and both parents reacted very strongly, which was good to see. Clearly the chicks were being well looked-after by attentive parents! By the way, it's a myth that if you touch an egg or chick, the parents will abandon.

Both chicks maintained a head-up posture while on the ground, ready for a feeding at any time. I managed to catch the younger of the two with gape wide open in anticipation of food. 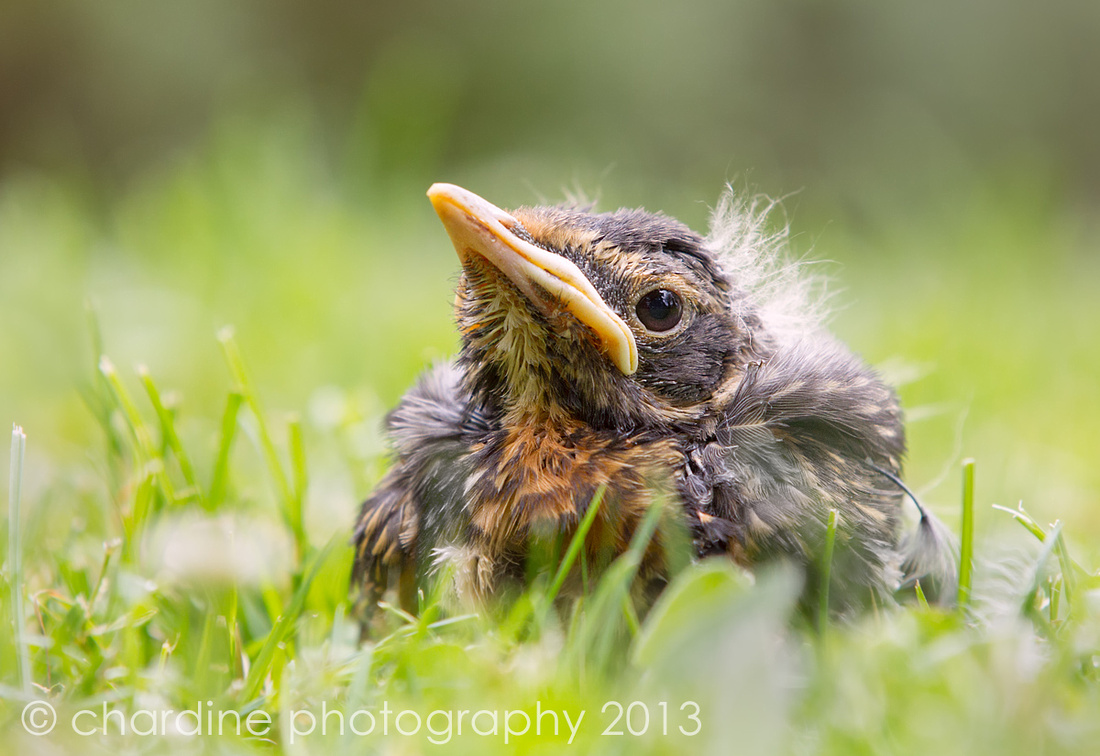 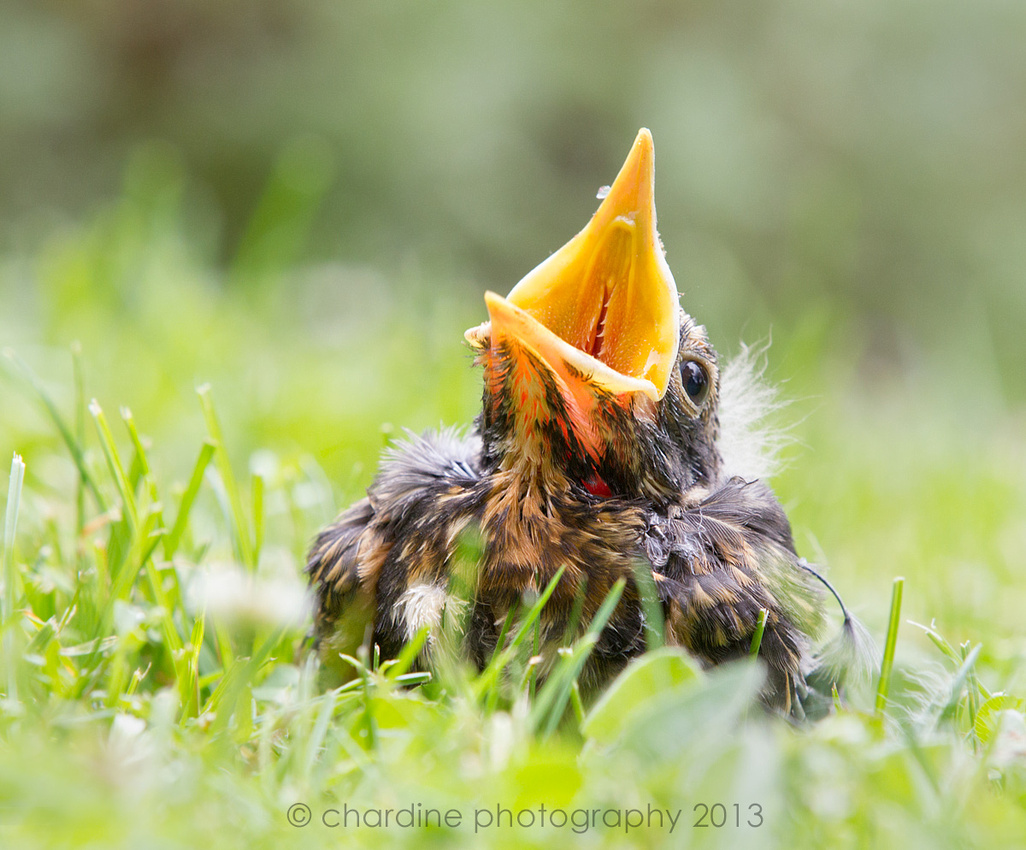