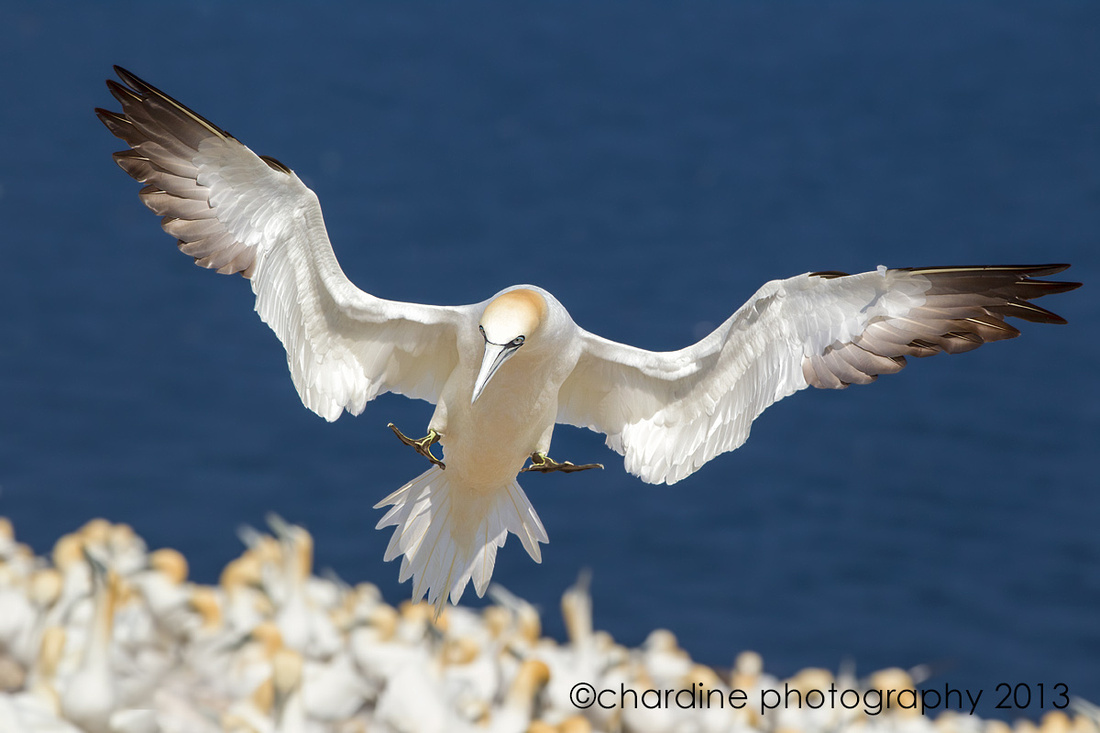 I just made my third trip for the year to beautiful Bonaventure Island, near Percé on the eastern end of the Gaspé Peninsula. For the past 20 years give or take, I've been working on this Northern Gannet colony and the one at Cape St. Mary's in Newfoundland. Based on this work, I recently published a paper on the population dynamics of Northern Gannets in North America over the past 25 years, with two other colleagues. A pdf of the paper can be found here.

Since 2010 I've been part of a team working annually on various gannet colonies in North America. Our goal is to try to determine if the Gulf of Mexico oil spill, which occurred in the summer of 2010, affected individual gannets or their population. We know about 25% of our gannets overwinter in the area the spill occurred, and they were commonly found oiled on gulf beaches during the summer of 2010. We think the young from 2009 were probably the most affected and as gannets take 5 years to start to breed, we do not expect to see an effect, if any, at the population level until next year. Since 2009, North American gannet populations have declined after a long and sustained increase but this occurred too early to be attributed to the spill. The decline seems to be linked to several years of below-average breeding success. We are currently looking at environmental and ecological variables such as weather or food availability that may explain this. To give you an idea of how bad the situation was last year, only 8% of the eggs laid in the colony at Bonaventure Island produced chicks that survived until September.

In between work visits I return to Bonaventure to photograph these magnificent birds. I can't think of a better photographic subject! 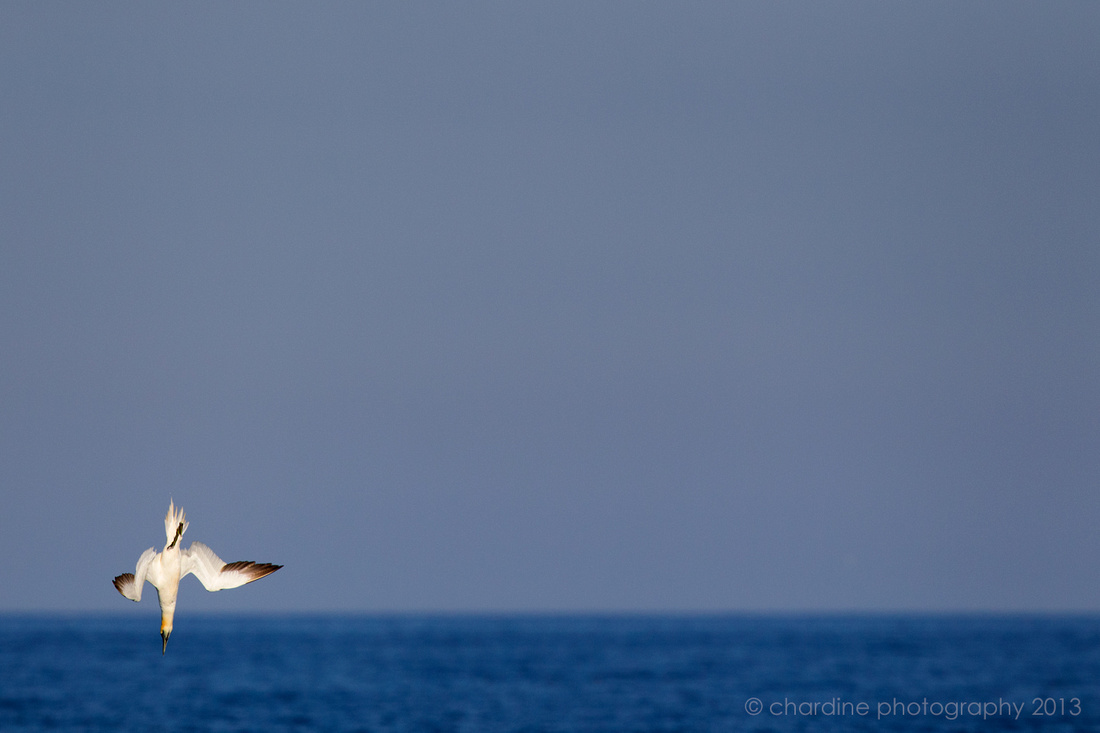 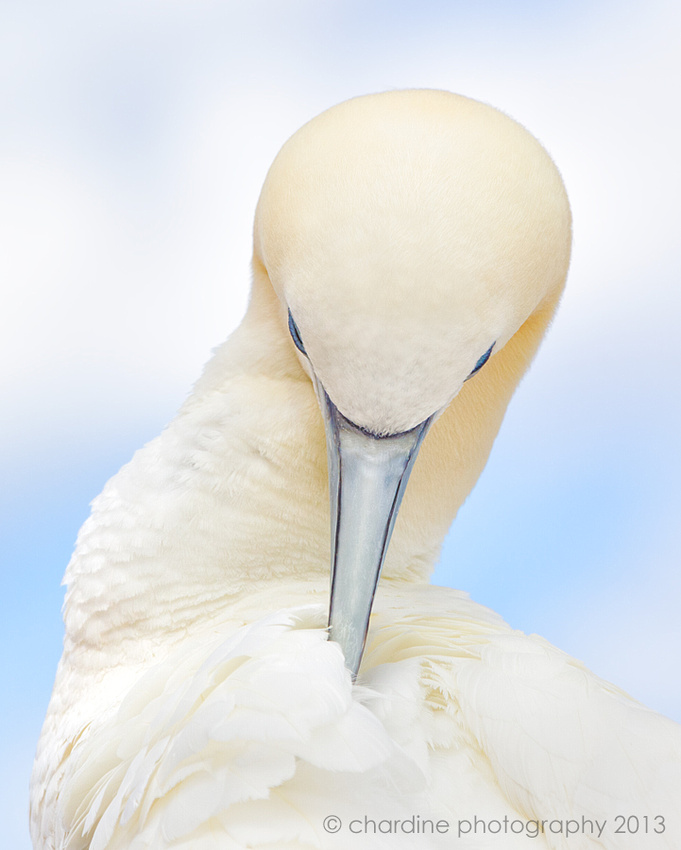 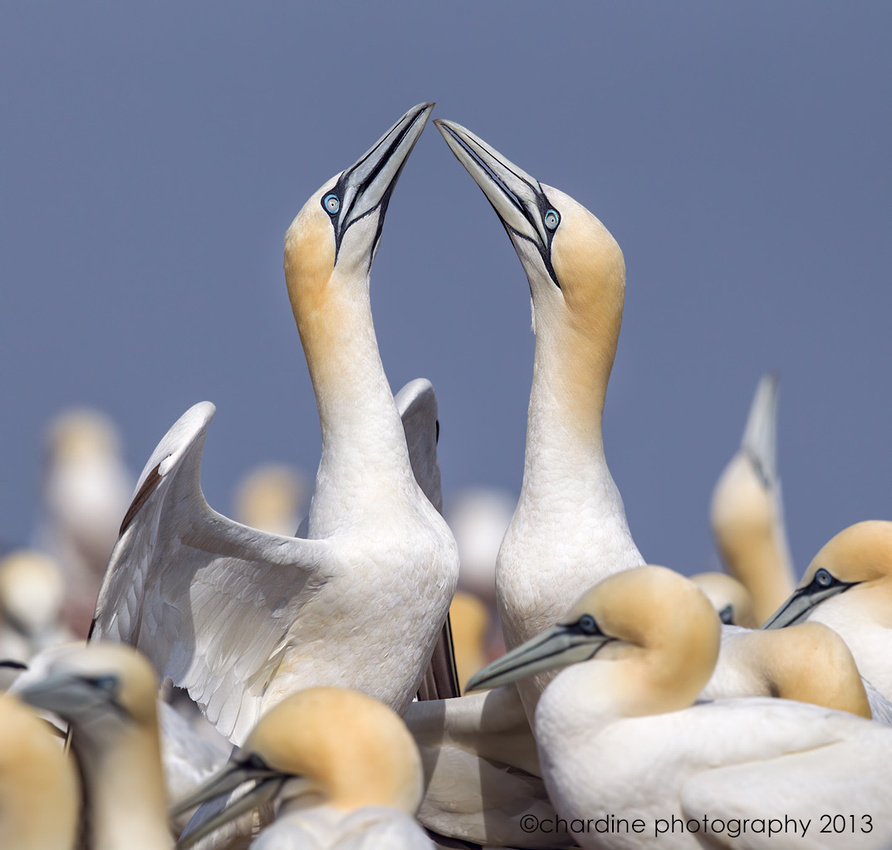